My in-laws planned and invited us to a week-long vacation in Durango, Colorado. I have been to many parts of Colorado, but never the southwest part. It was beautiful!  This picture is in New Mexico, north of Albuquerque. 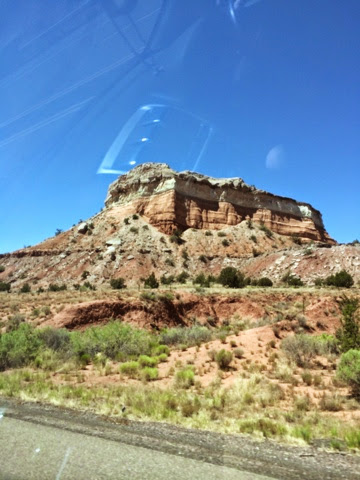 On the way up, we stopped at Capulin Volcano in northwest New Mexico and hiked to the crater. 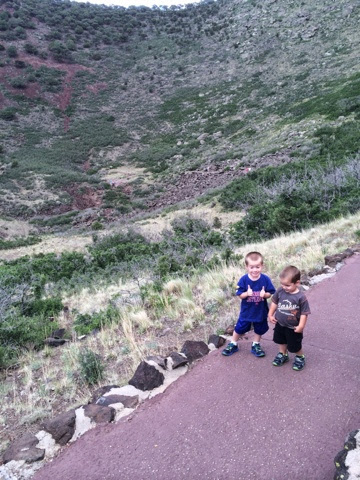 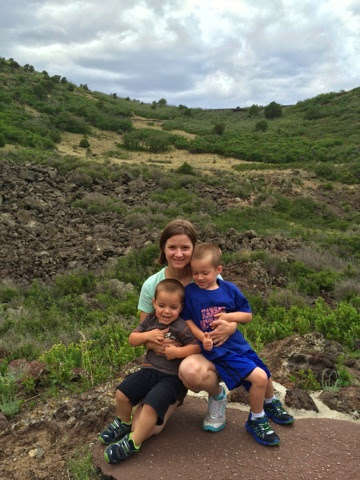 We then met up with the rest of the crew and traveled the rest of the way together. We had 6 kids under the age of 8, so making stops along the way was a must. We found the Great Sand Dunes National park and stopped there for some leg-stretching. Noah saw the sand dunes from the car and said "I wanna go to da desert!" 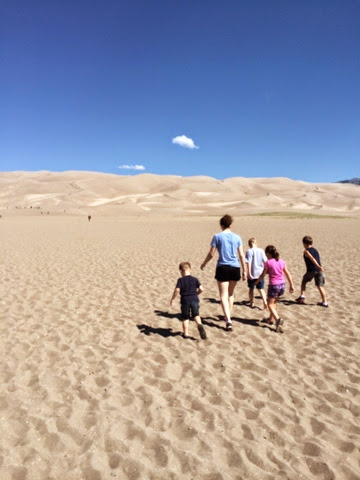 It was an amazing sight, the dunes as far as you can see, surrounded by mountains.

We also stopped at the Continental Divide and did a quick mile hike. 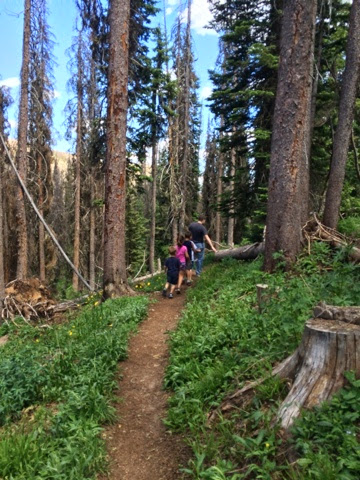 After all that adventuring, we finally meandered our way to Durango and settled in.

Our first day in Durango was spent exploring the fish hatchery: 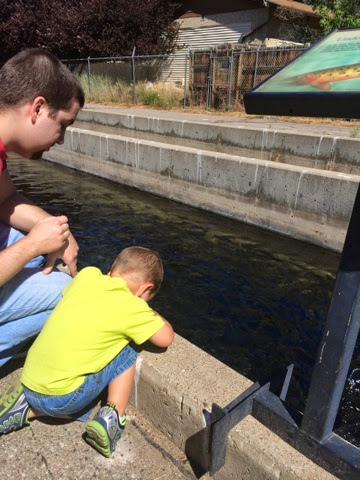 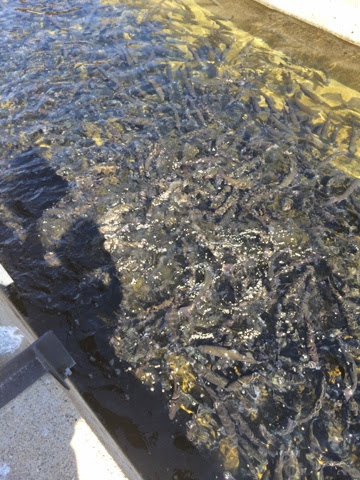 ...and playing in the beautiful local parks: 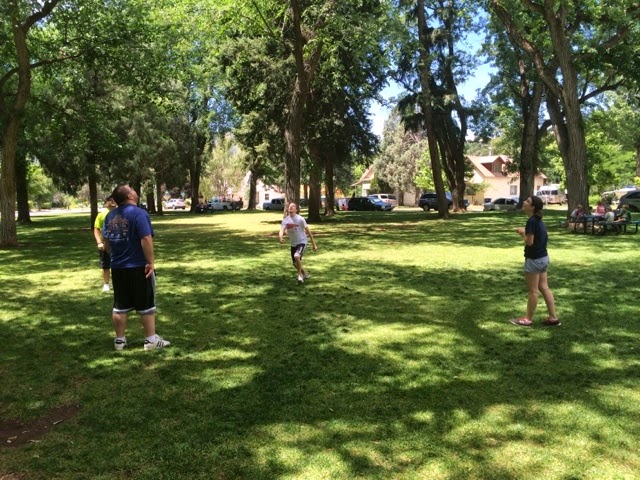 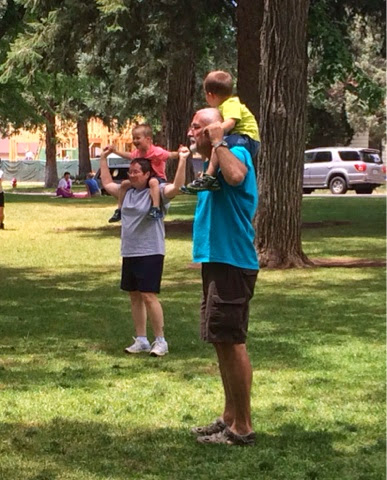 Day two included a ride on the historic Durango-Silverton narrow gauge railway. We received a great tip from locals and split our group of 14 in half - 7 on the train up, the other half driving up and then we switched places. It made the 3 hour (each way) journey very doable with littles. It was a beautiful, scenic ride: 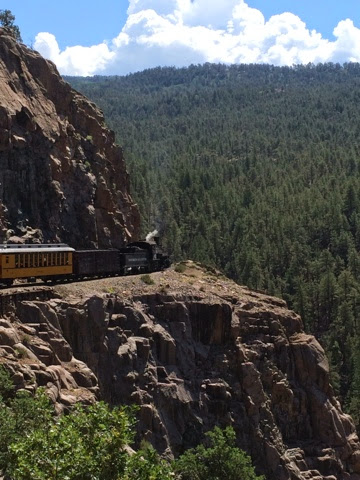 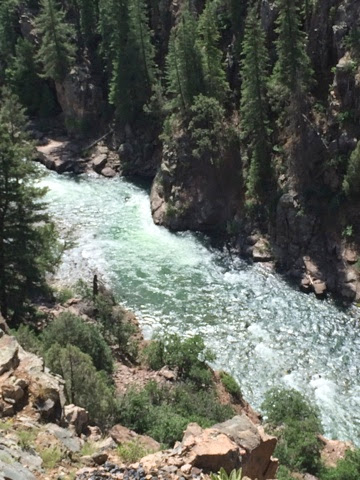 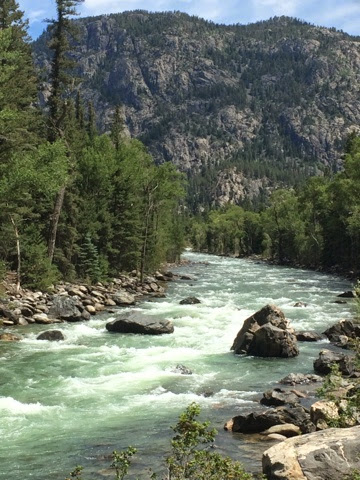 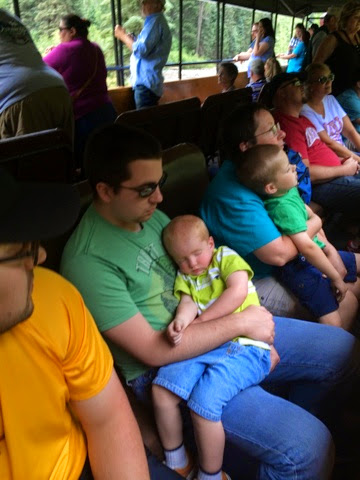 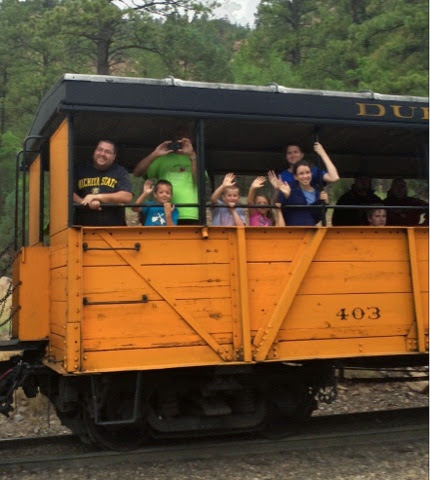 For day three, we made the short drive to Mesa Verde National Park and toured the cliff dwellings. I was amazed at this national wonder. How they lived like they did in the arid climate, climbing in and out of these steep cliffs to reach their cave-like homes, just fascinated me. 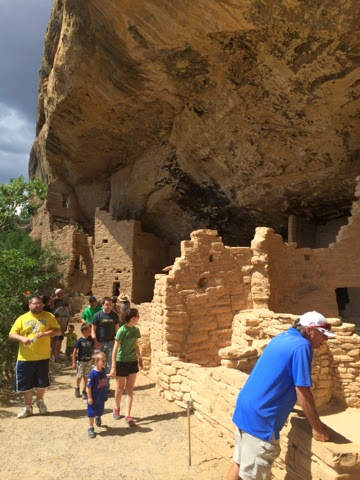 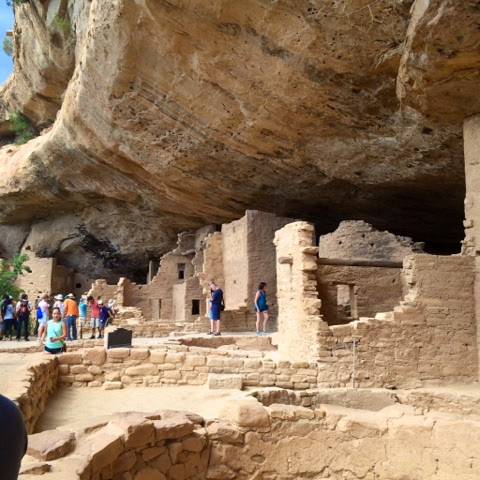 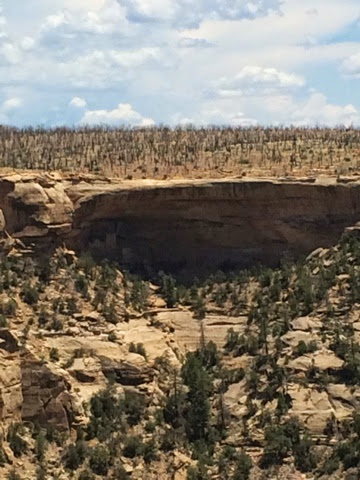 The next morning we pulled camp and drove the 12.5 hours back to Oklahoma. It wasn't a super-fun trip, since the only stops were gas, potty and food, but I got a lot of knitting done on Elijah's Spider-Man blanket! 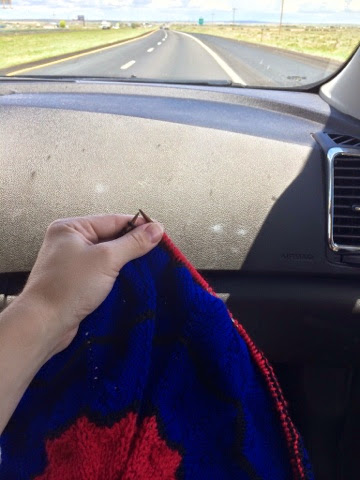 It was a great get-away, and we had a lot of fun with family.  Precious memories!
Posted by Unknown at 12:15 PM No comments: